With Dmitry Vilensky of Chto Delat

It is no exaggeration to say that in recent years the world has entered a situation of profound uncertainty, when factors of climate catastrophe, new wars, the sharp impoverishment of people, mass migration, the extinction of more and more animal species, the unprecedented acceleration of virtual communication, the impoverishment of cultural language have become a constant background for the production of culture and art.

All of these situations largely determine the mass psychological crisis faced by a growing number of people who feel increasingly alienated from a world that is sinking into a state of permanent emergency that destroys any possibility of orientation, based on past experience.
Where once the ability to make art collectively belonged more to the realm of radical experimentation, it is now becoming a basic necessity for survival in an increasingly hostile world.
In this course you will learn how to navigate in a rapidly changing and threatening world, learn about different models and ways of working collectively, do hands-on exercises - to devise a research art project about an issue that concerns you, and create a protocol for involving others in its realization.
You will also become acquainted with the most important key texts that address collective work methods and techniques, many historical examples of art groups, and a number of theories related to the notion of the state of emergency.

Dmitry Vilensky (born 1964 in Leningrad) artist and educator. He works mostly in collective practices and focus on developing an architecture constructions, educational seminars and learning plays, graphic works, and films. Не is the founding member of Chto Delat (What is to be done?), a platform initiated in 2003 by a collective of artists, critics, philosophers, and writers with the goal of merging political theory, art, and activism. Vilensky is also an editor of the Chto Delat newspaper and main facilitator of a School of Engaged Art in Petersburg.

He is also authors of numerous contribution to art press and participant of symposiums and conferences and guest teacher at many international art academies.

He has participated with Chto Delat in many shows – see profile at https://artfacts.net/artist/chto-delat/71233 including 29 biennials and major Museum solo shows: The Excluded /2014/ The Excluded. In a Moment of Danger / full sound track of the film-performance 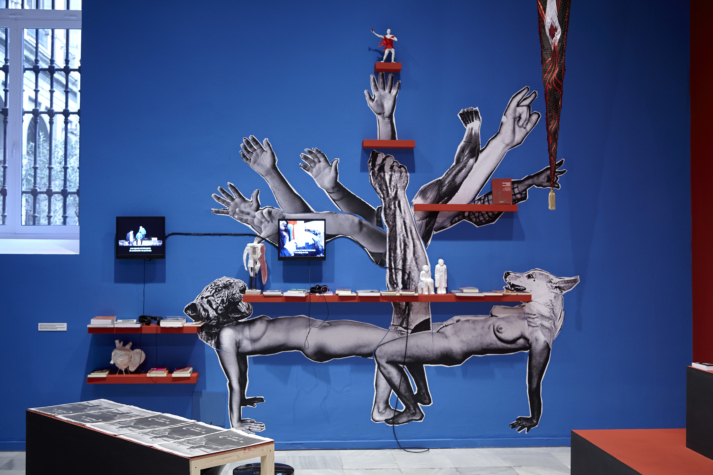 Live online classes with the world’s best artists and curators Studio Practice at the End of Who’s World

An ongoing global crisis, The Apocalypse - The End of the World as we know it - looms as a very real threat. The question we ask is: how does one make art and a life in these times? Furthermore, who's world will end and how will art be made? We turn for guidance from artistic communities where apocalypse has been part of their culture for some time such as black and indigenous artists. The Agripocene* course will look at different forms of art and activism that address issues of land use, climate change and environmental justice with a focus on strategies of collaboration, durational approaches and methods for developing unconventional partnerships to realize the unthinkable. Lectures and invited guests will demonstrate how to move, be moved and to move mass(es) - from the small gesture to large-scale productions that overturn policy, food systems and practices of everyday life to form new paths of resistance, mutual aid and reciprocal engagement. At Home in the Body

This class will be part laboratory, part playground, part archeological dig: a place to relate, to connect, and to honor difference. Where are we politically, geographically, and culturally? Where are we in terms of our gender and belief systems? How does this affect our making?